Mac mini is the shortest distance between a great idea and a great result.

In addition to being a great desktop computer, Mac mini powers everything from home automation to giant render farms. And now with eighth-generation Intel quad-core and 6-core processors and Intel UHD Graphics 630, Mac mini has even more compute power for industrial-grade tasks. So whether you’re running a live concert sound engine or testing your latest iOS app, Mac mini is the shortest distance between a great idea and a great result.

This Mac Mini comes with 512GB SSD storage and 8GB memory as standard. If you require more performance or storage, our affordable leasing and renting plans allow you to upgrade to a 1TB SSD Storage and 64GB Memory, with optional Microsoft 365 apps and anti-virus technology.

How Does It Work?

Leasing your IT equipment with Tecnico4u is easy. Browse our extensive range of products to find the ideal solution for you. Then fill out our easy enquiry form, and wait for finance approval. Once you’re approved, we’ll send you your direct debit forms to complete and send back. Once everything has been signed off, your equipment will be in your hands from as little as 48 hours later. 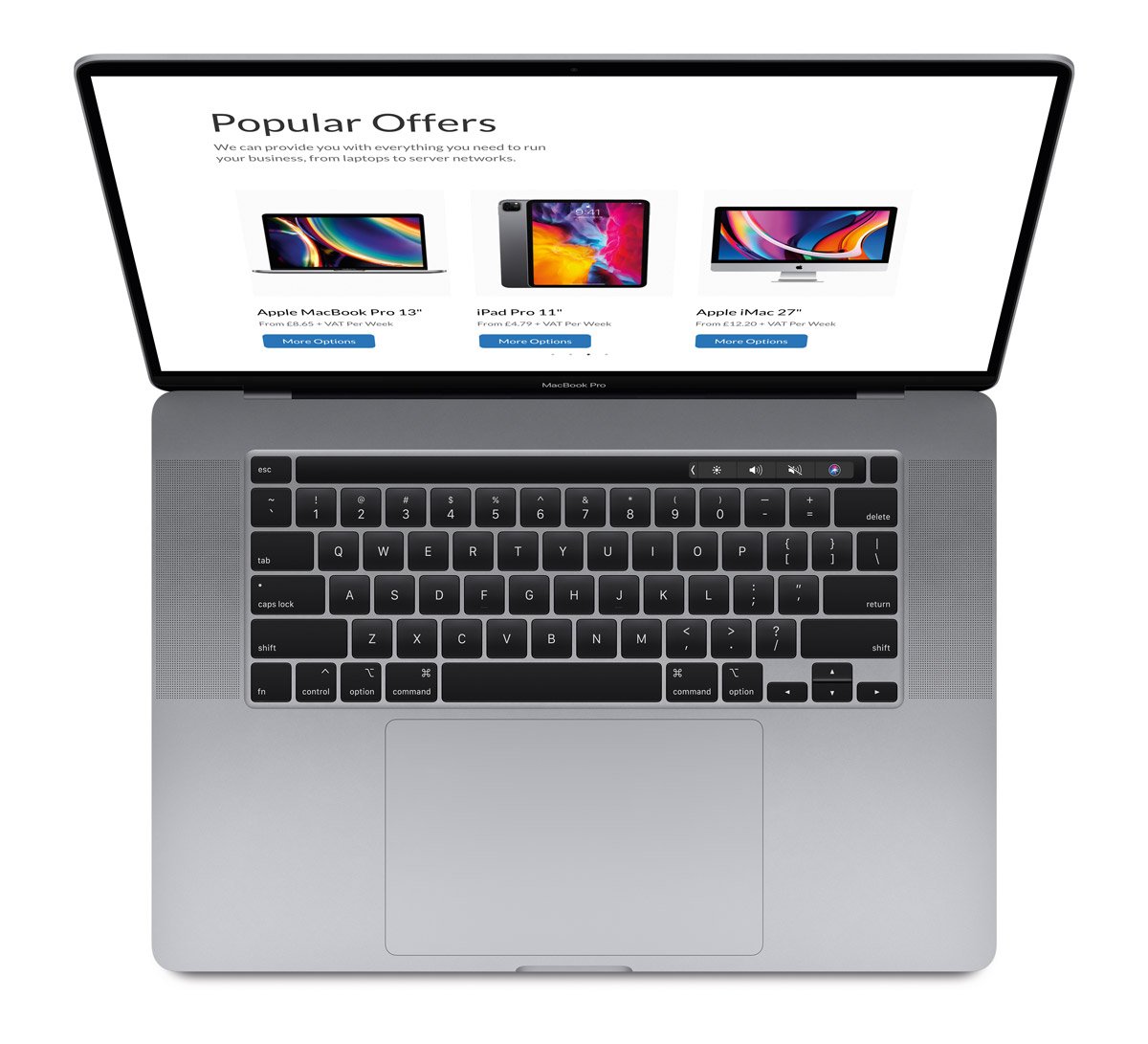 Very happy with the product received and the service that was provided. I came to Billy with a very specific check list in mind on the product I wanted and he was very understanding and helpful and I got the device I was looking for at a very good price. Would highly recommend Tecnico4U!
Marcus Raisbeck
We have used Tecnico4U as our companies IT specialist over the years. We needed a new company MacBook Pro to be ordered and have all our email accounts installed and our Sharepoint drive set-up. The laptop same week and as requested everything installed and set-up. Another great job done.
Mark Batchelor
Rob and the team have been with us since the day we formed the company, over four years ago. The service we get is second to none and all of our hardware, software and support is taken care of. We would highly recommend Tecnico4u.
Simon Bath